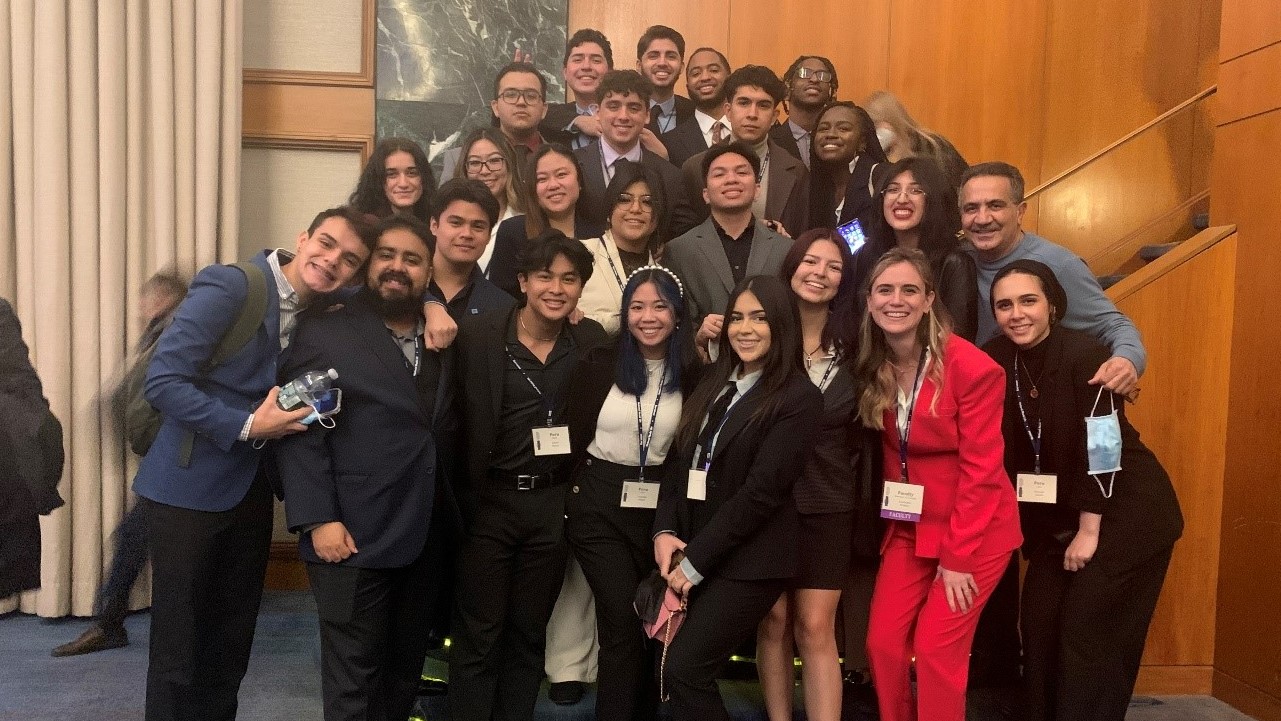 Teams from across the globe participated, most from four-year universities. RCC was one of just a few community colleges represented. At the conference, the students collaborated with students from universities from around the world to draft meaningful policy recommendations to some of the world’s most pressing global issues such as climate change, nuclear weapons proliferation, and post pandemic economic recovery in the global south.

Before the conference, many of the team members began preparing for the competition in the fall semester conducting research, writing, and meeting frequently with others on zoom.

This was the first time in two year the conference was held in New York. The resumption of an in-person conference following a two-year hiatus that placed many challenges on all of the teams. “The students were patient, they worked hard, and they didn’t give up,” co-advisor and Professor of Political Science Kendralyn Webber said. “They deserve serious recognition for such resiliency and representing a way forward for us in a post-pandemic landscape.”

Peer award for Outstanding Delegates and Outstanding Position Paper - representing the U.K. in the Security Council