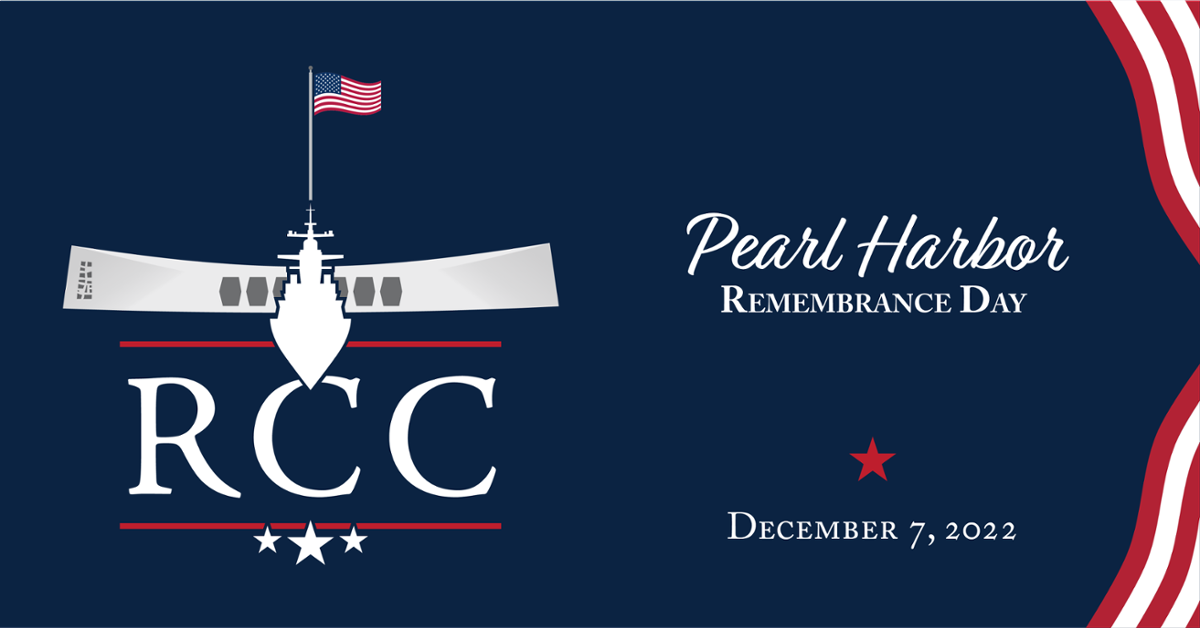 December 7 marks the 81st anniversary of the attack on Pearl Harbor.  At the time, this ambush was viewed nationwide as the most shocking and tragic day in American history. There were over two thousand casualties, including 2,008 navy personnel, 109 marines, 218 army, and 68 civilians. There were over one thousand wounded, including 710 navy, 69 marines, 364 army, and 103 civilians. This was the start of World War II.

Pearl Harbor survivors, veterans, and visitors worldwide have held December 7 as a day of remembrance and an official holiday since 1994. This is a day to show American patriotism and our resilient national spirit.

America was blindsided and wounded in 1941, but America never was or will be destroyed.

As a nation, Americans rallied together with resolve to do what was needed to defend the country, its homes, and American freedom during World War II. The result was winning the war.

RCC would like to acknowledge the brave soldiers who fought and lost their lives during the Pearl Harbor attack and the six-year war. We will forever remember these courageous sacrifices and appreciate all service members who continuously fight for our freedom. 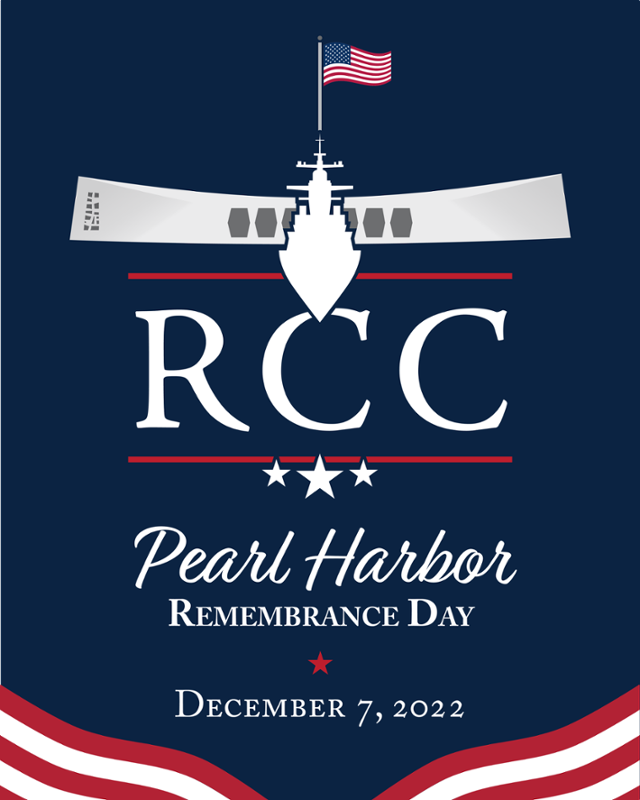